“Sorry for the disruption today — I know how much you rely on our services to stay connected with the people you care about,” Zuckerberg wrote.

Downdetector says “the global Facebook outage is now one of the largest ever tracked on Downdetector in terms of the total number of reports (over 14 million) and duration.” Earlier this afternoon, the US had the most reports at over 1.7 million followed by Germany (1.3 million), the Netherlands (915,000), the United Kingdom (789,000), and Italy (400,000), according to the site.

The outage started just before noon ET and took nearly six hours before it was resolved. This is the worst outage for Facebook since a 2019 incident took its site offline for more than 24 hours, as the downtime hit hardest on the small businesses and creators who rely on these services for their income.

After failing all tests for most of the day, a test of ISP DNS servers via DNSchecker.org showed most of them successfully finding a route to Facebook.com at 5:30PM ET. A few minutes later, we were able to start using Facebook and Instagram normally; however, it may take time for the DNS fixes to reach everyone.

As Cloudflare outlined “It was as if someone had ‘pulled the cables’ from [Facebook’s] data centers all at once and disconnected them from the Internet.”

According to Cloudflare’s Celso Martinho and Tom Strickx, we can blame something known as the Border Gateway Protocol.

“BGP stands for Border Gateway Protocol. It’s a mechanism to exchange routing information between autonomous systems (AS) on the Internet. The big routers that make the Internet work have huge, constantly updated lists of the possible routes that can be used to deliver every network packet to their final destinations. Without BGP, the Internet routers wouldn’t know what to do, and the Internet wouldn’t work.

The Internet is literally a network of networks, and it’s bound together by BGP. BGP allows one network to advertise its presence to other networks that form the Internet. As we write Facebook is not advertising its presence, ISPs and other networks can’t find Facebook’s network and so it is unavailable.”

Their post goes into full technical details for those who want a deep dive. For everyone else, it’s back to arguing with your high school classmates on Facebook, peeping your ex’s Instagram Stories, and staying connected through WhatsApp messages. 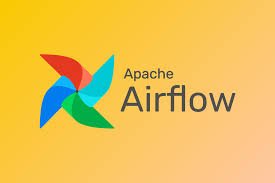